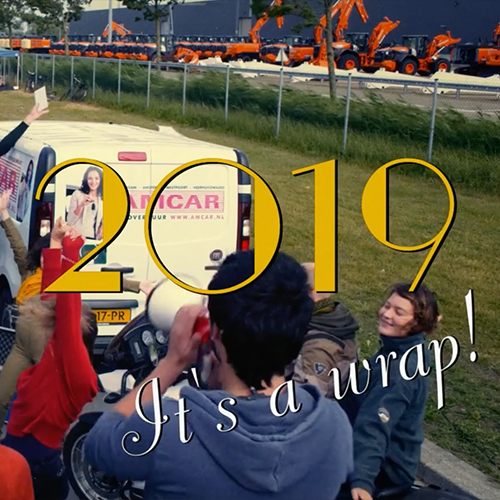 Nieuwe Dag Op Set (Another Day On Set) is the promotional video for the Keep An Eye Film Academy Festival 2019; the Netherlands Film Academy’s own film festival where all graduation projects are screened and displayed. It was shown in EYE Filmmuseum and cinema two weeks before the festival and opened every block of the festival itself.

It’s a one minute parody on the opening scene from Damian Chazelle’s La La Land (2016) and focuses on ‘Another Day On Set’. It’s a nod to life on a filmset and features many of Class 2019’s graduates. Our class’ graduation projects were a mix of different genres and to celebrate this we wanted to incorporate another genre: musical. It is meant to present our class to the filmworld and show that we are indeed a new and fresh generation.

You can watch it here on the Facebook page of the Netherlands Film Academy.